As what I have said on my previous blog, the Moalboal part was not in the original plan. We weren’t supposed to be here and I was supposed to be at home after Kawasan. Yet, due to the group’s consistent spontaneity, we reached this town, just a mere 30 minute CERES bus ride from Kawasan. I was here about a month ago with the same group of people. 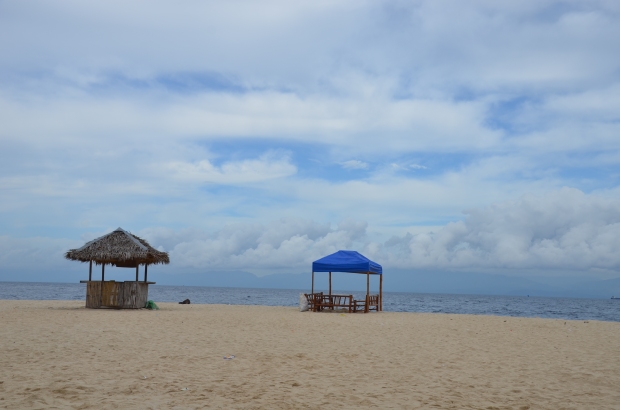 Fare to Moalboal from Badian thru CERES is 20php. We only have noodles and a kilo of rice left for dinner so we decided to stop by their market before heading to Basdaku, Moalboal. We had a not so good experience with an expat there. While we were waiting for our lechon manok order, we gathered around a motorcycle parked near a resto, we didn’t touch anything, we just looked at our faces on its side mirror to check if it’s still recognizable, we werejust laughing at how haggard our faces were when, out of the blue, this Caucasian guy, probably the owner, approached us and told us to back- off! We were infuriated by how this expat reacted, for all we know he was just a mere visitor in this country. Oh well.

Moving on, from the market, we hailed a trike for 25php each to take us to Basdaku, where the white sand beaches are located. Along the way, we stopped twice to pay 5php (I didn’t really know why we paid for that) and 10php (entrance fee to the resort.).

We rented an open cottage for 400php and put up our tents. The toil of the journey was starting to take effect so the group was really quiet, each immersed on his own thoughts. We spent that time charging our battery drained phones and calling significant others. 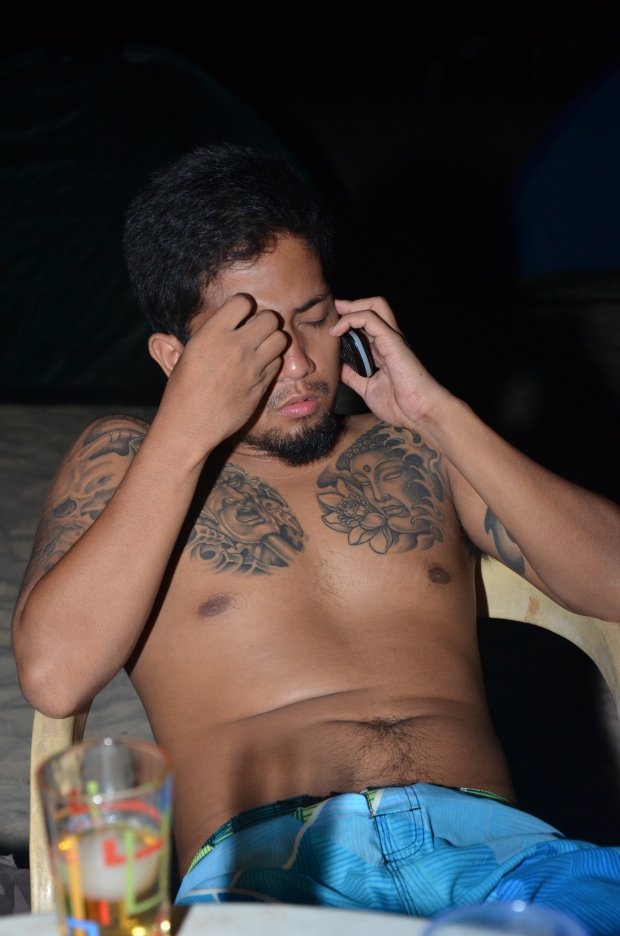 I was also immersed on my thoughts while trying to tell my body that it’s ok even though it’s starting to deteriorate.haha. I took it as a time to reflect, after all, it was still my birthday. I counted as many falling and shooting stars as possible and wished on each of them.

Dinner was served. The noodles and lechon manok kept us alive again. Silence has ended.

We strolled along the shore and took pictures.  The beach was quiet since it was a weekday. We gathered around, reminisced our little adventure and laughed at nonsensical jokes. We were the only ones noisy there, everyone but us was sleeping. 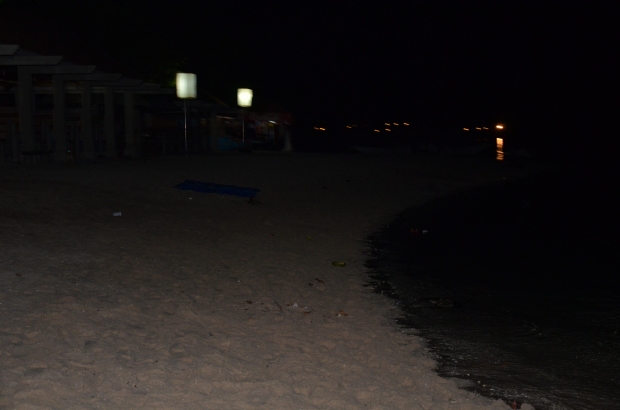 The day has been long yet we (they I mean) managed to gulp down two Red Horse jumbos.

Then our bodies told us it needed the rest it had longed for so we called it a night just after ratting our brains and spending 120 points on 4 pics 1 word for the word OVERKILL.

The morning after was the worst, I can hardly get up and walk. It seemed like every muscle in my legs was sore. Not just me but every one of us felt that way. We walked funny, like zombies- slow and waddling.

It was time to head home, no more side trips. Every one of us was longing for our own bed to lie down, but not me, I still have work waiting just hours from when we departed.