My last visit to Bohol was a day-long series of getting out and hopping in inside a rented van. A fan of commuting and adventure, I didn’t much like this idea. Hence when an opportunity to visit this place again came, I instantly grabbed it. How about we try touring Bohol my way?

We boarded the 6:30 AM Weesam Express for Tagbilaran Bohol. We booked their roundtrip fare for 800php exclusive of terminal fee. It could have been much cheaper if we booked it earlier.

Cebu skyline as seen from the viewing deck. 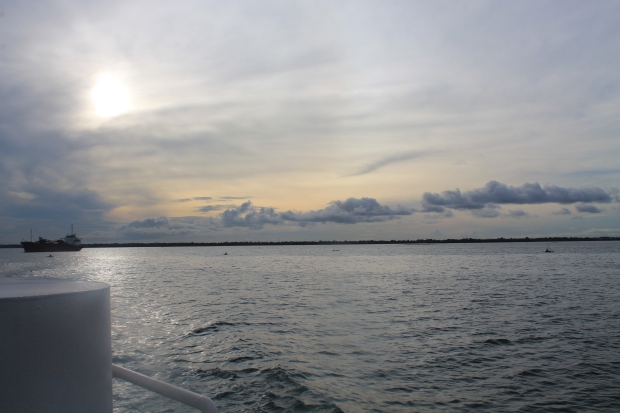 Lucky for us, they were on time so we arrived in Tagbilaran City 2 hours after.

When you get out of the port. Make sure you are ready for drivers who haggle tours of the counrtyside and Panglao. They are a bit irritating.

This trip was all too sudden so we didn’t have the time to research and read DIY blogs. Our major weapon to get through this trip was to ask around. Kudos to a police officer who willingly answered our naive questions.

We were starving and longing for breakfast, I remembered they have Jollibee somewhere so we walked downtown, followed the signs and found it!

After fiiling our stomachs, we asked around and got the instructions on commuting to Baclayon Church. Good thing that the jeepneys going to Baclayon are parked a block adjacent to Jollibee. 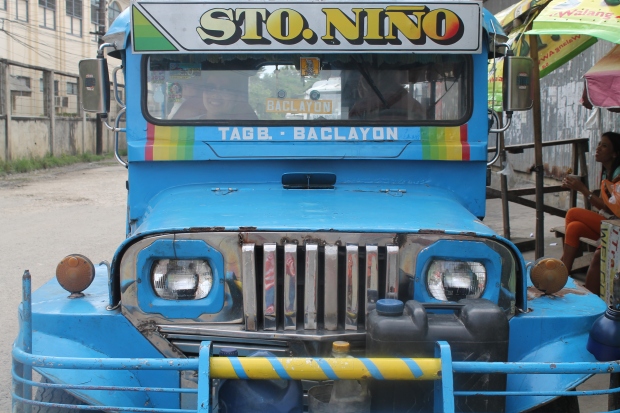 Goofing while waiting for the jeepney to depart.

We asked manong driver to drop us off Baclayon Church 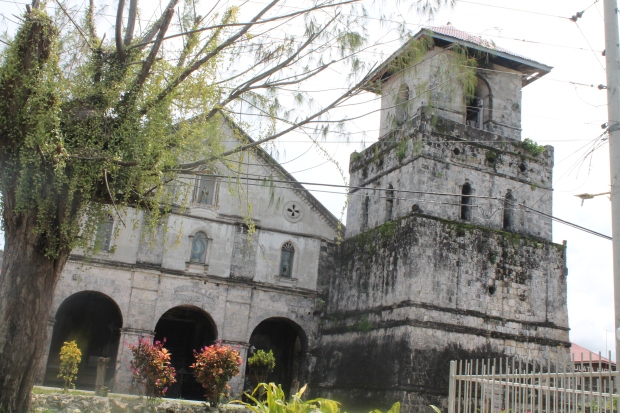 The church main door is closed so we passed by the side alcove. 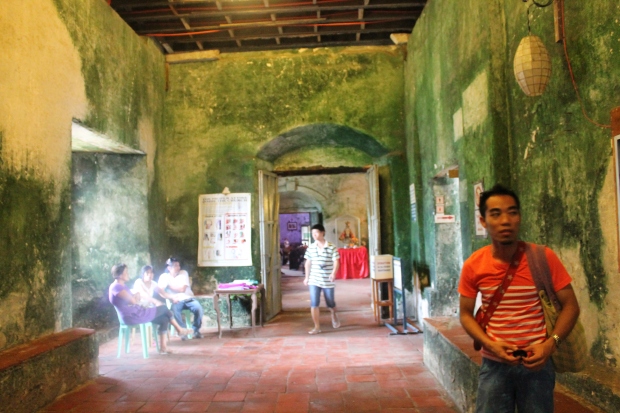 During the Spanish era, priests conduct their homilies on an elevated platfom to a wall called the pulpit. 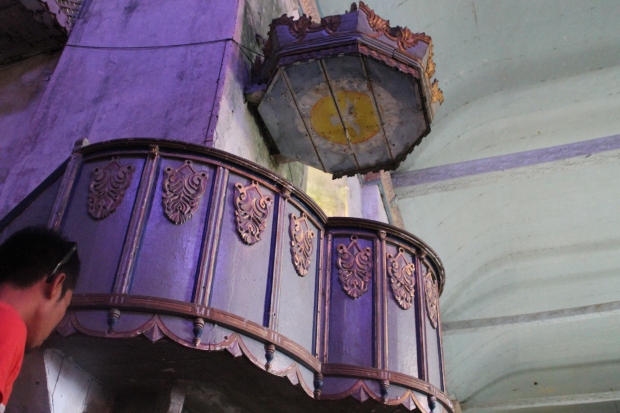 A small museum is located at the second floor of the church. No cameras are allowed though. Entrance fee to the museum is 50php/person. From  there, you can see the evolution of the Church of Baclayon, its rich history, priest ornaments used long before we were born and even choir books made of carabao hide and cow skin.

Beside the church is the convent.

Our second destination was the Blood Compact (Sandugo) Site. We went back to Tagbilaran City and passed by the site (fare: 9php). Don’t forget to inform the driver that you will be disembarking at the blood compact site.

In here, you can see the monument of Datu Sikatuna and Spanish explorer Miguel Lopez de Lagazpi doing the sandugo (blood compact) as a treaty of friendship between the Spaniards and Filipinos.

Across the site is the Aproniana Gift Shop to buy some souvenir shirts.

Our last and final stop is Panglao Island. Now this one is the most challenging mainly because commute to the island is rare. Most of the people we asked would tell us to charter a habal-habal or rent a trike instead. Yet we still opted for the adventure and almost ended up being taken to a different part in Panglao. But as the movie goes “All is Well”.

From the blood compact site, we hail a jeepney and asked the driver to take us to the terminal where Panglao jeepneys are. Upon disembarking in the terminal, we saw a minibus on the verge of departing so we hurriedly ran and hopped in thinking it was bound for Panglao.

Can you believe I shot this while we were running? 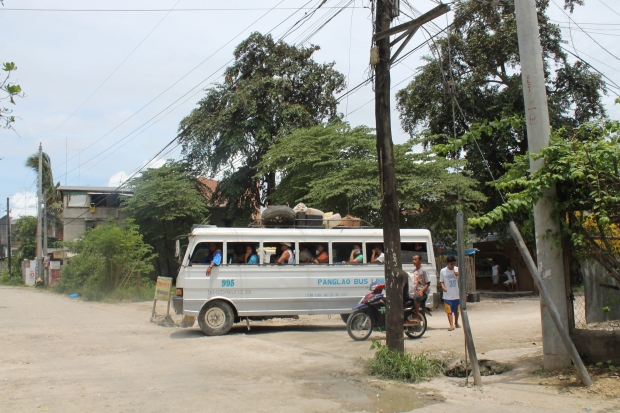 So we hopped in only to know that wasn’t the jeepney we were supposed to ride. Embarassing! Everyone inside was telling us gibberish, we got out laughing our hearts out.haha..So much for adrenaline rush!A

After asking around, we were told that the jeepney to Alona, Panglao will be passing the terminal at 1 pm. We settled and tried to calm ourselves. Lesson here is to always ask, had we not asked the lady beside us we would have been taken farther from Alona. 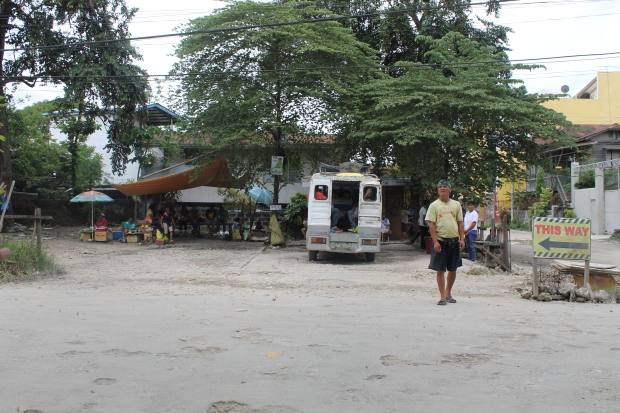 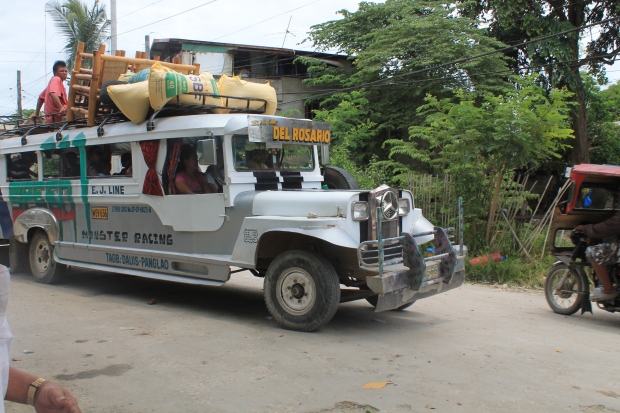 It took us an hour to reach Alona, the driver was driving for leisure, he wasn’t in a hurry unlike the jeepneys here in Cebu, we encountered many stops and the vehicle itself was like on the verge of giving up. The one-hour commute was very long and both of us were itching to arrive at Alona, plus the weather was too sunny and we were very hungry.

I can’t remember how many times I’ve asked the driver how far we are from our destination, and he would just say “duol nlng”. 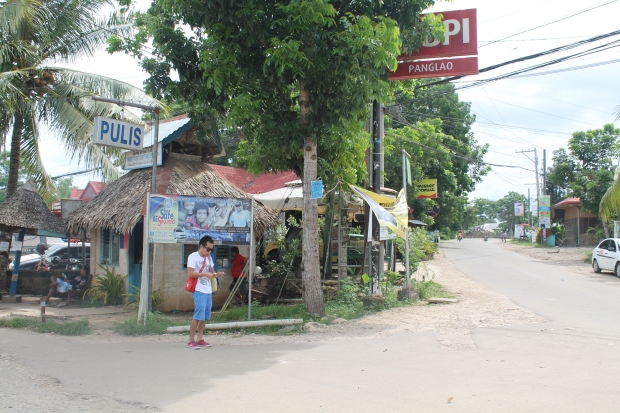 The long stretch of white sand along of Alona Beach is lined with restos, coffee and diving shops. The feel of the beach is a lot different from Dumaluan. I didn’t expect this of course, I was thinking of a white sand beach with torqouise water sans the other infrastractures. A friend told me once that if you are a traveler who loves night life, then Alona Beach would be suited for you, but if you are one, like me, who just wants a beach to bum, then Dumaluan is the place.

During our visit, it was too windy and the waters were rough.

The long stretch of white sand beach along Alona.

We spent our remaining time strolling along the shore and bumming at the beach front.

2 thoughts on “Bohol: A Day of Commute”